We use cookies to personalize content and ads, to provide social media features and to analyze our traffic. We also share information about your use of our site with our social media, advertising and analytics partners who may combine it with other information that you’ve provided to them or that they’ve collected from your use of their services. You consent to our cookies if you continue to use our website. View our updated Cookies & Privacy Policy to learn more.

A Package that is SO-Cozy

cozy up with two souvenir Corksickle Mugs and our classic hot cocoa, a $50 credit to Mesler, and admission for two to the Museum of Science and Industry

Cozy up with two souvenir Corksickle Mugs and our classic hot cocoa, a $50 credit to Mesler, and admission for two to the Museum of Science and Industry. 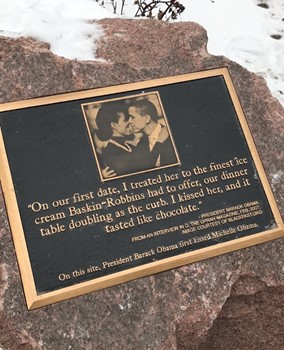 SOPHY Hyde Park, the 98-room boutique hotel that was named one of “The Best New Hotels in the World” by the editors of Travel + Leisure, is located in the vibrant heart of Chicago’s historic Hyde Park neighborhood. This is one of the most dynamic and culturally diverse areas of the city, with locally-owned businesses and a large African American population. The rich and proud diversity of Hyde Park dates back to the Great Migration of the 1920’s when African-Americans moving north from the rural south were drawn to area for its diversity, jobs, gracious homes and the rich, creative cultural vibe of the neighborhood that remains present today.

SOPHY Hyde Park, which displays artwork from renowned contemporary Chicago artists alongside works by Hyde Park Academy high school students, is helmed by an African American management team and was designed as a welcoming and sophisticated gathering space for the entire community.

To mark Black History Month in February and raise a glass of bubbly to all Valentines in Hyde Park, SOPHY is offering the SOPHY SO - In Love package. It includes a two-night stay in a deluxe or suite style accommodation, one bottle of Veuve Clicquot Champagne, one box of SOPHY signature truffles, a $50 credit to their Mesler Chicago restaurant and outdoor skating for two at the nearby Midway Plaisance Park with rentals.

Hyde Park looms large in the history of our 44th president. Directly across 53rd street from the hotel is a plaque on the “Kissing Rock”, marking the spot where Barack and Michele Obama shared their first kiss. Michelle Obama grew up in Hyde Park and the Obamas still maintain a home in the neighborhood. Yet Hyde Park is also in the vanguard of current African American culture. A few blocks away, ground has just been broken on the site of The Obama Presidential Center in Jackson Park. The museum will include The Forum, a gathering space for residents of the South Side.